was born in Panama on September 6th, 1920 and arrived in the U.S. in 1945. Her nursing career began in San Antonio, Texas where there was a large Hispanic population but few Hispanic nurses. This experience promoted her determination to obtain a Bachelors of Arts degree in Psychiatric Mental Health Nursing at New York's Columbia University. She continued with her education and obtained a Master and Doctorate degrees at New York University. In 1971, she became the first Hispanic nurse to obtain a doctorate degree from New York University.

Rohde achieved one of nursing's highest honors, that of a Fellowship from the American Academy of Nursing. Rohde was an expert on psychotherapy, marriage, and family therapy, and served in several roles in academic administration, serving as faculty, then as professor, then as Dean of Nursing at SUNY, in Brooklyn, New York.

Throughout her career Dr. Rohde maintained a strong commitment to increasing the number of Hispanic nurses. Informed by her experience as a reviewer of federal research and education grants, she also sought to boost the number of policy experts advising lawmakers on the health care concerns of Hispanic communities.

Rohde did not see that the American Nursing Association (ANA) was helping Latino nurses to the best of their ability. Therefore, Rode, along with other Hispanic nurses came together to establish the National Association of Spanish-Speaking Spanish-Surnamed Nurses (NASSSN). Which is known as National Association of Hispanic Nurses (NAHN) today. NAHN is devoted to promoting safe, quality health care delivery to Latino communities and individuals, and they recognize excellence among Latino nurses, provide formal and informal mentoring opportunities, and generally serve as a center of excellence for their members. Their goal is to create a cadre of highly-qualified Latino nurses by advancing educational, professional and leadership skills and opportunities for their members. In addition, they work to recruit additional Latinos into the nursing profession because, while Latinos represent 18% of the US population, less than 7% of the nursing workforce is of Latino descent. 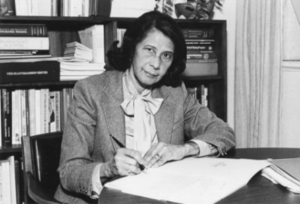 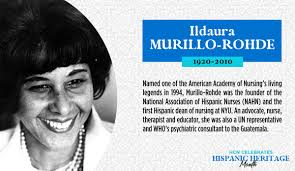 In her name, the NAHN now sponsors an award in any distinguished scholarship area and/or nursing education and a scholarship for Hispanic students enrolled in a nursing program leading to licensure.

"I saw that I was the only Hispanic nurse who was going to Washington to work with the federal government, review research and education grants, etc. There was nobody else. I looked behind me and thought: 'Where are my people?'"

"I believe that nursing is the compassionate, effective, and humane care given by one who is educated and trained in the art and science of nursing to someone who is in need of help because of problems in health or in activities of his daily life. Nursing at its highest level encompasses the teaching of the individual to know his body and its functions for the maintenance and promotion of health and prevention of disease. Self-care can be, and is, very efficacious when people are encouraged and guided to learn to care for themselves, whenever possible... Recognition of human variation is basic to sensitive and effective nursing care and outcomes."