was born in the Bronx, New York in 1954 to Puerto Rican-born parents, Juan Sotomayor and Celina Baez. Her father was a manual labor and her mother was a nurse. Her father died when she was nine, and she was subsequently raised by her mother.
The family took residence in the Bronxdale Houses, one of the most coveted complexes in the city-owned housing projects. Sotomayor’s father passed away when she was nine. Following his death, Celina began working six-day weeks as a nurse to support the family, and Sonia learned to speak English fluently. Celina managed to send her children to private Catholic school. Sotomayor decided to become an attorney at the age of 10 upon watching an episode from the legal drama "Perry Mason." With this goal in mind, she studied diligently while attending Cardinal Spellman High School. Through self-enforced discipline, Sotomayor graduated valedictorian of her class in 1972.

She earned a B.A. in 1976 from Princeton University, graduating summa cun laude and receiving the university’s highest academic honor. In 1979, she earned a Juris Doctor from Yale Law School where she served as an editor of the Yale Law Journal. She served as Assistant District Attorney in the New York County District Attorney’s Office from 1979–1984. She then litigated international commercial matters in New York City at Pavia & Harcourt, where she served as an associate and then partner from 1984–1992. She played an active role on the boards of directors for the Puerto Rican Legal Defense and Education Fund, the State of New York Mortgage Agency, and the New York City Campaign Finance Board.

In 1991, President George H.W. Bush nominated her to the U.S. District Court, Southern District of New York, and she served in that role from 1992–1998.In 1997, she was nominated by President Bill Clinton to the U.S. Court of Appeals for the Second Circuit. Her nomination was slowed by the Republican majority in the United States Senate, but she was eventually confirmed in 1998. On the Second Circuit, Sotomayor heard appeals in more than 3,000 cases and wrote about 380 opinions. Sotomayor has taught at the New York University School of Law and Columbia Law School.

She served as a judge on the United States Court of Appeals for the Second Circuit from 1998–2009. President Barack Obama nominated her as an Associate Justice of the Supreme Court on May 26, 2009, and she assumed this role August 8, 2009. She is the third woman to hold the position. Sotomayor is the first woman of color, first Hispanic, and first Latina member of the Court.

During her tenure on the Supreme Court, Sotomayor has been identified with concern for the rights of defendants, calls for reform of the criminal justice system, and making impassioned dissents on issues of race, gender and ethnic identity, including Schuette v. BAMN, Utah v. Strieff, and Trump v. Hawaii.

Sotomayor is known on the court for her trust in the judicial process, and her cutthroat attitude toward ill-prepared attorneys. She is also known for her kindness toward jurors and the attorneys who work hard to advocate for their clients.

Thank you for engaging with Avanza Latino. Please take a moment to like and follow us on social media, and share this inspirational story. If you or someone you know should be featured, please reach out to us and we would love to share their story. 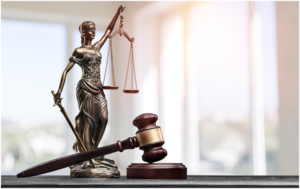 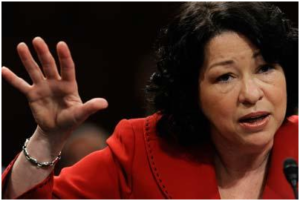 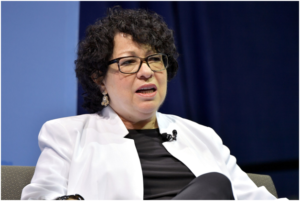 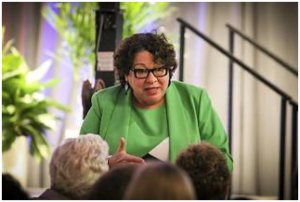 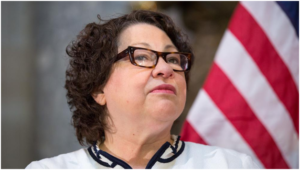 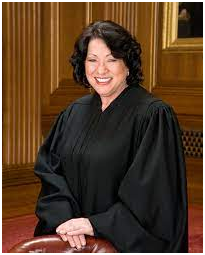 A “searching and emotionally intimate memoir” (The New York Times) told with a candor never before undertaken by a sitting Justice. This “powerful defense of empathy” (The Washington Post) is destined to become a classic of self-invention and self-discovery.

“If your child marches to a different beat, a different drummer, you might just have to go along with that music. Help them achieve what’s important to them.”

“I would hope that a wise Latina woman with the richness of her experiences would more often than not reach a better conclusion than a white male who hasn’t lived that life,” Sotomayor said in a 2001 speech.

“I have never, ever focused on the negative of things. I always look at the positive.”

“A career is a job you train for, or prepare for and plan on doing for a long time,” Sotomayor said to Abby on Sesame Street, who replied that she wanted to be a princess. “Pretending to be a princess is fun, but it is definitely not a career.”

“Remember that no one succeeds alone. Never walk alone in your future paths,” Sotomayor told the audience of NYU graduates during her 2012 commencement address.

“I don’t measure myself by others’ expectations or let others define my worth.”

The Beloved World of Sonia Sotomayor

Sotomayor wrote a version of her memoir directed toward middle-grade readers to help inspire them. 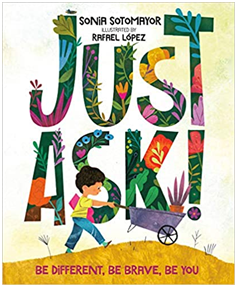 Just Ask!: Be Different, Be Brave, Be You

Inspired by Sotomayor's experience with diabetes as a young girl, Just Ask! is a children's book that celebrates differences, and was praised for its empathetic approach to the topic of disabilities. Like Sotomayor's other picture book, Just Ask! was also published in Spanish. 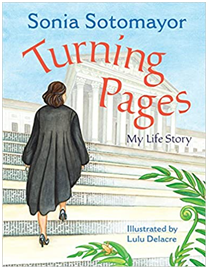 As a girl, Sonia Sotomayor got lost (and found herself) within the aisles of the library. Turning Pages is an autobiographical children's book about how young Sotomayor's love for reading provided the foundation for the rest of her life. Get it for the little bookworm in your life. Turning Pages also has a Spanish-language edition.